Imagine what might happen if Tim Burton and Edward Gorey hijacked the Andrews Sisters en route to a Stephen Sondheim festival with The Beatles and Tom Lehrer in the sidecar; you'd get Seattle super-harmonizers Uncle Bonsai. With just three voices and an acoustic

guitar, Uncle Bonsai presents an often dizzying vocal array of intricate harmony. Their songs, dark and hilarious at times, just as often delight with moments of great insight and beauty. The trio aligns itself with the under-achiever, the dejected, the outsider, the black sheep. Densely-packed lyrics fly by in a whirr at times, and take a skewed stance on topics such as first-world problems, the creation of the universe, the afterlife, and, of course, holidays with the family. Uncle Bonsai's acoustic folk-pop songs are almost one-act plays or short stories, resisting strict pop, folk, or singer-songwriter categories. Their songs focus on the passing of time, the passing of genes, and the passing of pets - the truth of everything seemingly buried somewhere under the family tree.

The group has eight recordings, a reversible/hard cover book for parents (and their kids), and is currently preparing an all new show, “Seven Sins, Seven Wonders, Seven Dwarfs,” a 25-song song cycle which will premiere in March 2023.

"Singers Ratshin, O'Neill and Adler are pitch-perfect in their delivery of often complex harmonic arrangements. And if there were an Ella Fitzgerald Award for Exquisite Elocution in Song, they would surely get it. The trio officially bills itself as a "folk" outfit, but has none of the naiveté that label might suggest. These are nicely edgy, sour-sweet songs, written for grown-ups." - The Seattle Times

Tickets are now on sale for all the "club show," coming this November. (See concerts below.). These are rare opportunities to see the group up close and personal; all three venues have very limited seating and all three shows will feature songs from over 40 years of performing/recording. Plus, you might even get to hear a world premiere or two from the upcoming "Seven Sins, Seven Wonders, Seven Dwarfs" song cycle!

The latest recording, "The Family Feast: The Study of the Human Condition, First World Problems, and the Lasting Physiological and Psychological Effects of Eating Our Young," available in retail and online stores everyhere, features many of the songs the group has been performing for the past year or so. Included will be: Problems, Brand New World, Modern Medicine (Old Man Arms), In The End, The Family Feast, Bat, and many others.

What's the group doing in October? They're busy learning the 25 songs from upcoming Seven Sins, Seven Wonders, Seven Dwarfs" song cycle. The entire show will be performed on March 31st, at The Triple Door in Seattle. That's not to say you won't here a few of them "leaked" into the sets in upcoming shows . . . we can't wait to show them off . . . and try them out!

The latest recording, titled: The Family Feast: The Study of the Human Condition, First World Problems, and the Lasting Physiological and Psychological Effects of Eating Our Young," features many of the songs the group has been performing for the past year or so. Included are: Problems, Brand New World, Modern Medicine (Old Man Arms), In The End, The Family Feast, Bat, and many others.

The group is currently working hard at learning the 25 songs from the upcoming song cycle, "Seven Sins, Seven Wonders, Seven Dwarfs," a collection of songs inspired by, well, the seven sins, the seven wonders, and, um, the seven dwarfs. Uncle Bonsai is planning to perform the entire 25-song collection in March 2023 but has been premiering individual songs with each new show. More info to come but keep your eyes on the 7sinswondersdwarfs.com web site!

The Monster in the Closet/Go To Sleep
Two tauntingly twisted tales for tormented parents!

Uncle Bonsai can’t seem to get it right. Everything goes askew in whatever they try. Their so-called “children’s” songs ended badly, especially for the family pets, but even their “grown- up” songs of childhood memories are rife with disappointment. Long obsessed with what gets swept beneath the rug of every family, the trio’s recent work turns its scrutiny on parenting. Once children themselves, they mocked the best (some say “futile”) efforts of their beleaguered parents. Not until after becoming parents themselves did they realize the great wisdom and fortitude of their parents, after all. Shoulda said something. Now they turn their “mature” attention to the sheer devilry of their own children.

Uncle Bonsai’s first "flipover" book contains two illustrated songs about extreme efforts certain skewed adults (might) take to get their own children to bed: Confess to them about the reality of monsters. Bribe them. Threaten their toys. Accept the futility and hit the gin. There are no swear words and no one’s getting hurt, but straight-faced lies and escalating tempers of angels will lead even good parents to feel superior to the depths sought out by the narrators of these songs.

That’s why we love Bonsai. They’re so much worse off than we are.

Uncle Bonsai performs "Problems," from their upcoming release "The Family Feast,"
at the Kirkland Performance Center, in Kirkland, Washington, on November 22, 2014.

Uncle Bonsai performs the song "Modern Medicine (Old Man Arms)" at the Kirkland Performance Center,
November 22, 2014. (Lyrics included.)Interesting note: this was the world premiere performance of this song,
which will be included on the upcoming release, "The Family Feast."

Live performance of "Where's The Milk," from the Seattle group Uncle Bonsai.
Sing along with Uncle Bonsai . . . this video includes the lyrics!

Uncle Bonsai performs "The Monster in the Closet" at the 2013 Wintergrass Festival.

When Uncle Bonsai, the famous trio from Seattle, visited Madison on April 1, 2012, they played
to a very appreciative High Noon Saloon audience their new (and as-yet unrecorded) hit, "New Jobs for America."
They wrote it with the struggles in mind of so many teachers and teachers' unions who have been
vilified by right wing politicians seemingly bent on, well, blaming most everything on the teachers

Uncle Bonsai has released 8 full-length cds, 1 cd single, 1 "Bedtime Book for Grownups," which is a flip-over book that also contains a cd, and can be found on a number of compilations, including the "Just One Angel" recordings. Uncle Bonsai's label, Yellow Tail Records, has released over 30 folk, classical, holiday, compilation, and childrens recordings and all are available in stores throughout North America, as well as all the online sites. You can visit our store at The Yellow Tail Records Store. 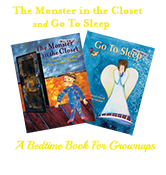